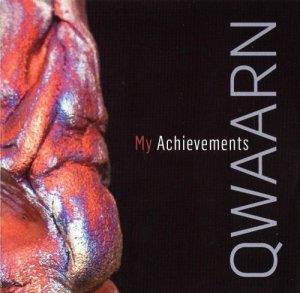 Another band from Quebec, Canada. My Achievements is their third album. Their previous albums are The World Of Qwaarn from 2004 and Abberations from 2007.

As with all bands from Quebec, Qwaarn have their own twist on their genre. In this case, neo prog. Qwaarn's takes neo prog down a pretty dark alley. The vocals are a pretty dark and so is the sound. A sound based on tangents and some guitars. This in addition to bass and drums.

The music is pretty pedestrian. It never really takes off. There is no really great or even good music here. I have been listening to this album both at home, at my office and on the walks between these two locations. I have always wondered when this album was coming to life. I am still asking myself the same question. This is a decent album with good musicianship. The songs are pretty underwhelming though.

A decent album, but nothing more.