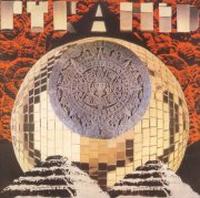 "Musicians unknown" is all it says on the album sleeve of this pretty legendary krautrock album from Germany. It was produced and unleashed by Dieter Dierks (producer on numerous krautrock albums, but most known for being the producer for the multi million selling Scorpions). Either he is going to reveal the band members or he is taking this secret to his grave. I guess the latter. I may send him an email and ask this question, though.

This album consists of one track only, the thirty-three minutes long Dawn Defender. A space rock work out who never really becomes boring. Half an hour is a long time for one track. It's themes varies between electronics to hard psych and cosmic work outs. This is the krautrock genre distilled into thirty-three minutes, to a large degree.

The music is performed with plenty of distorted guitars, hammond organs, flutes, a bass whose in the forefront of the mix, drums and some tabla drums. The unknown musicians is doing a great job and it is my guess that they are from bands like Ash Ra Temple, Amon Duul II and perhaps Popol Vuh. The monicker Pyramid has been used to avoid problems with their respective record labels like Mekong Delta also did on their first albums.

The music is good throughout with the middle bit the best bit. This album has a deserved cult status. Unfortunate, the sound is not that good. This is still a good album and would please any krautrock fans.