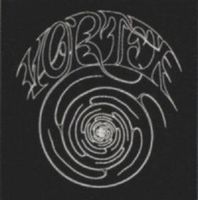 "Sounds like Soft Machine" is a sure way to get me to splash out hard earned money on an album. Which I did in the case of this album and their two other albums.

Vortex from France started out as a Soft Machine cover band and it is not surprising that their first album has taken a lot from Fifth and Six. The music throughout this album is Soft Machine like, but with a French twist and flavour. Saxophone, flute, bass and drums is the instruments here. The bass sometimes sounds like keyboards and is  pretty dominant here. This is an instrumental album.

The quality of the music is very good throughout. A truly great track is missing and the band is never reaching the mezmerising heights of Soft Machine. But this is still a very good album and well spent money. I like this album.