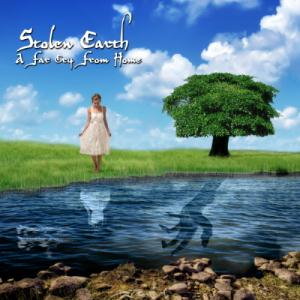 Stolen Earth ? Breathing Space ? We are talking female fronted art rock here. Neo prog, most will label it as. OK, it is neo prog, then. Stolen Earth (and Breathing Space) has been compared to the first Mostly Autumn albums. I am not so sure about that. But Mostly Autumn is the reference point for 90 % of all the new female fronted bands these days so they may be in the right ballpark, after all.

Stolen Earth does not really score many points in the originality stake. Nill points, more or less, to be precise. Their music is leaning towards country & western with Olivia Sparnenn's vocals. Very good vocals, but she sounds like she has a background from country & western. The guitars too is leaning towards this direction.
This album is surprisingly pretty much dominated by guitars where keyboards is only playing a secondary role. That is what I really like about this album. That and some good songs.

The overall quality is good throughout and my cynical approach to this album in the beginning was blown away pretty early on in my listening process. This is an album I really like. It is solid, good craft from a band I hope will fare a lot better than Breathing Space. Keep an eye out for Stolen Earth as there is a lot of potential here.