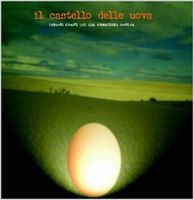 The debut and so far only album from this very quirky Italian band. Italy has given us a lot of strange quirky bands and albums. This is one of the more strange one of the strange ones.

The music is a sort of funky jazz with frequent detours into both progressive Italian music and avant garde music. Mostly jazz, though. King Crimson is a good reference, though. It is the same kind of mindblowing philosophy behind both bands.

Mindblowing can also mean out-of-your-mind and braincells scattered around without making much of a sense. The latter one is true here. The narration like vocals on the top of some woodwinds (trumpets ?), distorted guitars, bass and drums is a bit of an aqcuired taste. The music itself is good though.

This is not the easiest album to digest. But it has it's qualities and charms. I give it a weak good status and conclude it is not entirely my type of pasta.