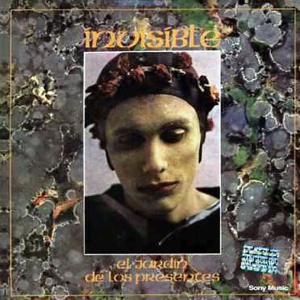 The third and final album from this Argentine band.

The band returned again as a four piece band with a lineup of guitars, bass, drums and vocals. All vocals are in Spanish. The most known musician here is Luis Alberto Spinetta who later released some albums under his own name. Reviews to follow in 2017.....

I have never really warmed to this band. Their two first albums has left me cold and unimpressed. But changes were coming.....

Most of the maniac/manic hard and eclectic stuff was gone and replaced by a much more measured, melodic approach.

ProgArchives has been labelling this band as a symphonic prog rock band. I take issue.... There is no Yes/Genesis like music here. None whatsoever.

What we get in Latin-American prog rock with a lot of influences from the likes of Carlos Santana. Both the music and the guitars are pretty much influences by him. But the music is still very melodic and warm. So this is not a fusion album at all.

Still, there are some lounge jazz here together with some pop music and good old Latin-American prog rock. The music here is indeed very local and sounds like what it is. A prog rock album from Argentina.

The quality has been raised some notches on this album. There is a lot of interesting details and some good music here. Most of the melodies is indeed good.

This is by far their best ever album and one to check out.