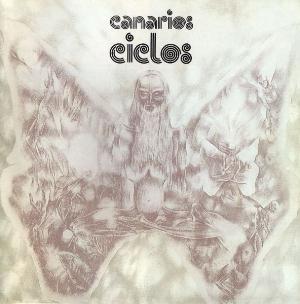 The third and final album from this Spanish band.

The copyright laws means everyone can now make their own version of this symphony. A license a lot of bands has taken up and abused over the last fifty years. Some has made something very good out of it. Others has not.

Los Canarios has made their own version of this symphony. These seventy-four minutes is mostly classical music of some sort. But there is also some rock stuff here. This album is not progressive rock at all.

And frankly speaking, Ciclos is like giving The Four Seasons a solid beating up. Nothing here really works and this album is a disjointed effort I find impossible listening to from the first to last second. It is an abysmal album by all standards. It is indeed a turkey. One I am very happy to send over to my turkey yard, later to be enjoyed at the Christmas table.