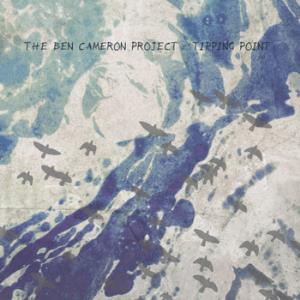 The debut album from this Australian artist.

Ben Cameron has had help from his brother (?) Chris Cameron on drums and percussion on this album. Ben is doing the guitars, keyboards, bass and vocals himself.

The same project has just released their second album. An album I have yet to get. That album has got a proper band behind it.

I do not know much about this project. But Ben Cameron seems like a young chap on the picture I have seen of him on ProgArchives. Long hair and all that. Well suitable to play progressive rock, this chap.

And that is what he does on this album. But with a twist....

The music is somewhere between Yes, Dream Theater and Porcupine Tree. It is what ProgArchives would label as heavy prog, this album. And with full justification. It is indeed a heavy prog album.

Most of this album is pretty hard. Hard, but not heavy. It is also pretty melodic at times.

Both songs has it's good parts and some pretty average parts. This thirty-eight minutes long album is a decent to good album which does not enthuse me. Neither does it disgust me. It is well worth checking out.