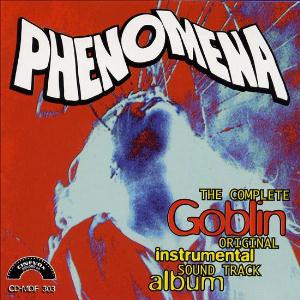 I am not sure which of the Goblin versions involved here as ProgArchives listing of this album does not include any info. But the use of instruments are really sparse. You get keyboards, guitars, drums, bass, a female soprano vocalist, some flutes and some percussions.

This album is almost fifty minutes long and it include some music which probably was never meant to be released outside that album. Which shows.....

The movie is not a masterpiece, I have been told. The best thing about it is the soundtrack, I have been informed.

The soundtrack is pretty ambient, gothic, very 1980s with some horrible drums and other sounds from that time. It sounds a bit plastic, the soundtrack.

The female soprana vocals is pretty haunting.... and poor. It breaks up the ambient stuff. Ambient stuff where the five themes here are repeated until they die. Fifty minutes is too long on a CD. I am sure they are just about right in the movie.

This soundtrack has not survived the transfer from movie to a music album. It is nevertheless a decent album.