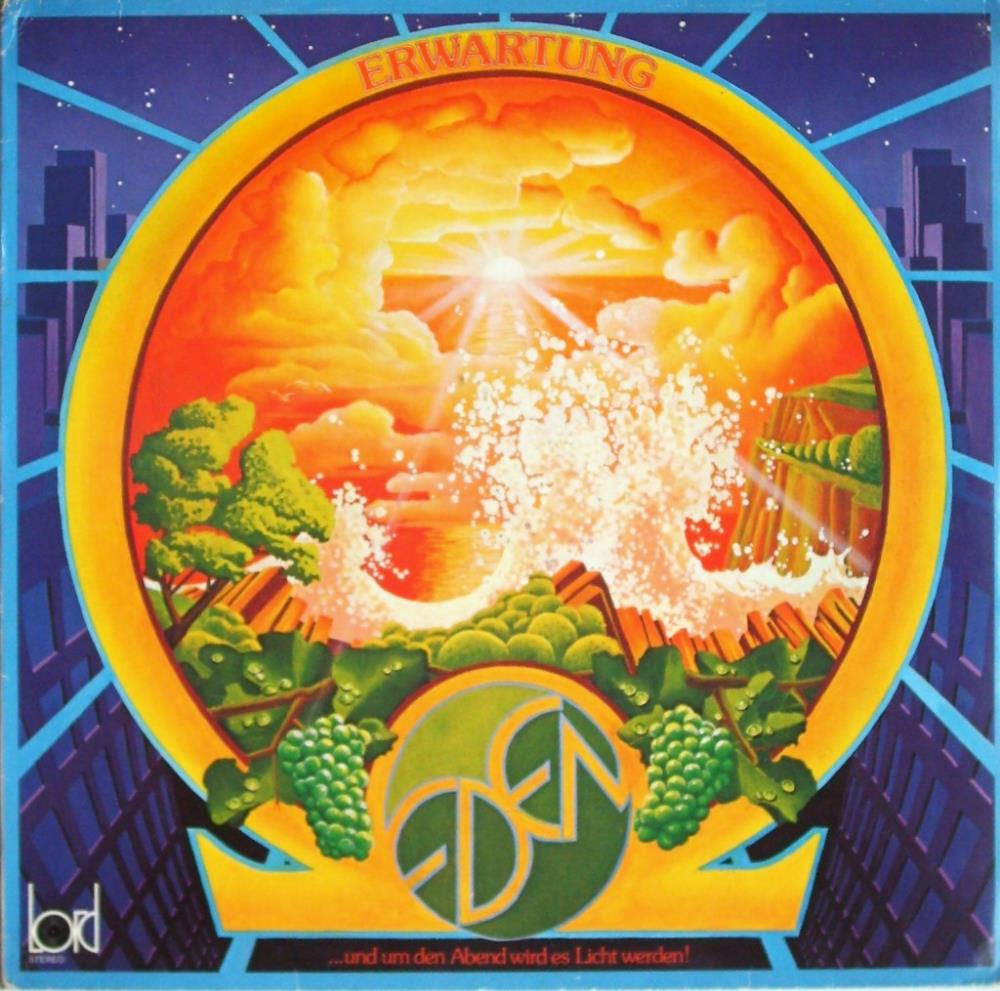 Eden released three albums and was more a collective of musicians than a band.  There are nine musicians listed as members of Eden and two other guest musicians. The lineup was spoken words, vocals, Moog and Arp synths, guitars, sitar, violin, bass, drums, percussions, flutes and woodwinds.

The setup and music is not as freeflowing improvisations as the Amon Duul albums. Thankfully !!

The music on this forty-two minutes long album is built on a platform of folk rock. There is a lot of flowing flowery German male and female vocals here. There is also a lot of flowery folk rock here. I am tempted to call it hippie and flower power music. But it is more folk music orientated than that.

There are also some clear influences from Eloy and The Moody Blues in their music. The music also rocks out for a couple of minutes. The "rock" element of the "folk rock" is pretty much present here in the form of some racy electric guitars.

The music is very sweet and nice. There is no really great songs here though and the music is missing a bit bite and substance. But I am pretty much enjoying this album. Eden is maybe an obscure band. But they are nevertheless well worth my time.