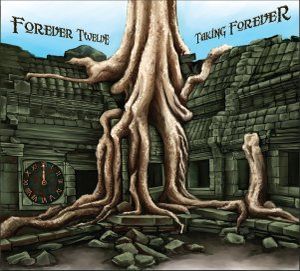 The third and final album from this US band.

I cannot help feeling that I have reviewed another album with the exact same cover art-work. An album from another band and genre. Nevermind....

The band is a five piece band with a lineup of flutes, bass, drums, guitars and keyboards. That and Cat Ellen's vocals. Some very good vocals.

The band is being labeled as symphonic prog in ProgArchives. Which sounds right for the two previous albums if the reviews is to go by. Which I do not doubt for a second. This album though....

Well, it is still symphonic prog. US symphonic prog. But with a strong influence from the British wave of female fronted prog rock bands. The sound is very British indeed.

The album is one hour long, divided on nine songs. The longest one is nine minutes. That is the opening track To The Hill which together with the second track Vanishing Us is the two best tracks here. They are pretty epic with solid, good melodies.

The rest of the album is the usual mix of reasonable fast, epic tracks and ballads. None of them impresses me that much.

I like the opening tracks. I do have my reservations towards the rest of the album. This album is let down by some pretty dull and uninspiring tracks. Which is a pity. So I rate this album somewhere between decent and good.