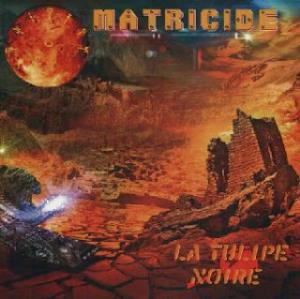 The sixth and so far latest album from this Greek band.

The band returned seven years after their fifth album with Matricide. They also returned with a new logo and a new vocalist named Julie Massino. They were a sextet on this album with a lineup of keyboards, guitars, bass, drums, organ and synths.

Let me first add that Julie Massino is a far better vocalist than their previous vocalist. Her range is very powerful and gives the band and their new music a lot of power and soul. Something they did not have on the first five albums. The change of vocalist gets a big plus in my book and this review.

The music has also slightly changed. It is a lot heavier, more symphonic and more epic. It is a lot more powerful. It is also based around Julie's vocals too.

The sound is a lot fatter too and the band really rocks out on this album. The end result is an album which is definate closer to heavy prog and prog metal than neo-prog.

There is also a lot of intricate details here and some really good stuff. In particular on the stuff which takes this album into rock opera territory.

The album is one hour long and it a really good album. It is by far their best ever album and a new start for this band....... I hope !!

Not everything is great here. But based on this album, I think this band has a great future.