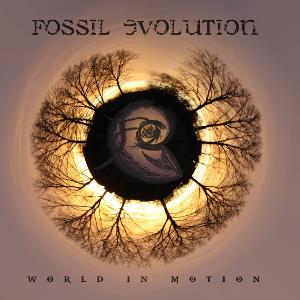 The debut album from this band from Belgium.

... Although it is the debut album under this name. Arnold De Schepper from Isopoda was doing some Isopoda reunion gigs when the wish to do something more than reunions became a full band. Instead of taking the easy way out and label the new band as Isopoda, the band started afresh with a new name..... Fossil Evolution.

Isopoda may be a fossil and this album and band being the evolution. What do I know.. Fossil Evolution is a family band with father Arnold De Schepper supported by his three sons Arne, Martin and Wouter. The family friend Pieter De Groeve supplements this family affair.

The lineup is guitars, keyboards, synths, drums, bass and vocals.

The music is not that far away from Isopada. Melodic neo-prog with good hooks, riffs and melodies. The music has taken a lot from both the Dutch and the English neo-prog scene.

Fossil Evolution has by no means reinvented the wheel on this fifty minutes long album. But it is a pretty good and fresh sounding slab of neo-prog. One that is well worth checking out.