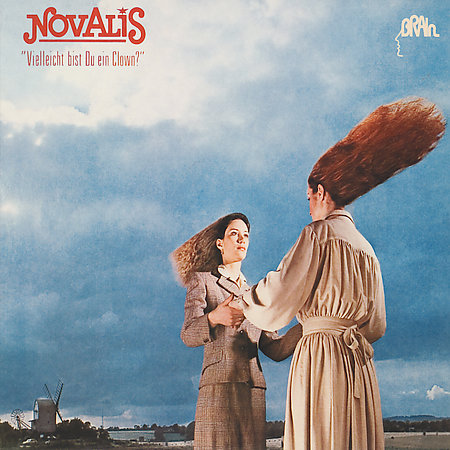 Novalis was a bit of a strange band. The band had their roots in symphonic prog. But they branched out after a couple of albums and became quite mainstream rock after a while.

The band was a five piece band on this album with a lineup of clavinet, guitars, flute, bass, drums, keyboards, Moog and vocals. German vocals.

Vielleicht Bist Du Ein Clown gives us a thirty-four minutes mix of instrumentals and songs. The band had left symphonic prog behind them and comes out as a mix of AOR, rock and a bit prog rock.

Saga, Kansas and the mainstream rock of that age is good references. But Novalis is Novalis. They have implemented a lot of influences and musical genres to create this album. Even some Ska has been included on this album.

The instrumentals are OK. Ditto for the songs. Nothing here really impresses me and this is not an album that captures my mind and my heart. Nevertheless, it has some good stuff inbetween the decent material. Hence my verdict on this album.