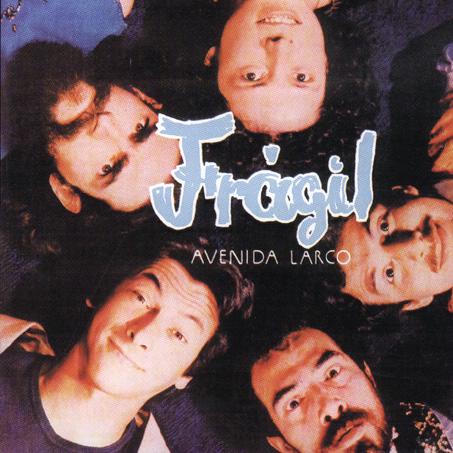 The debut album from this band from Peru.

Yes, this blog is covering all corners of this world. Peru had and still have a pretty big folk and progressive rock scene. I review albums from this scene on a very regular basis.

Fragil released four albums and is still alive in some way or another. I got this and their second album from this band.

Fragil was, surprise surprise, a five piece band with a lineup of bass, drums, guitars, synths, piano and Spanish vocals.

Take a slice of Genesis and add some pop to it. Add some Supertramp and Latin rock too and you get this album and music.

The music is very gentle and pastoral. The synths is gentle and ditto for the guitars. The music is much more based on melodies than technical prowesses. They have plenty of the latter one, but that is not what they are trying to play on.

The vocals are everywhere and they are gentle too.

The melodies slowly but surely sneaks up on the listener and soon becomes very forceful and memorable. The album is a slow, but still a good burner.

35 minutes of this 40 minutes long album is good to very good. The final five minutes is a throw away rock'n'roll song and a waste of time. This is still a good album.