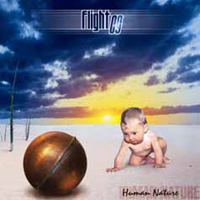 The third album from this Uzbek band.

Flight 09 is widely regarded as the first ever prog rock band from Uzbekistan, a country which has given us some other prog rock and fusion bands too. FromUz comes to mind.

The music here also reminds me about Alice Cooper. The music is somewhere between 1980s heavy metal and 1980s neo-prog. The sound is reasonable good.

There is songs here with so simple and cliches filled structures that it makes me cringe. There are also some half decent stuff here.

Yes, there are some neo-prog here too. But this album is still a turkey and it has been included in my collection of turkeys. This is not an album for me or anyone who does not like the 1980s.