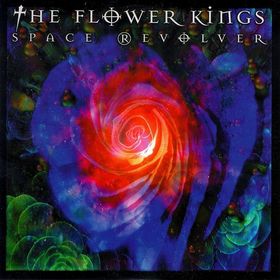 The Flower Kings is legends in their own right and rightly so in my view. I am an admirer of both them and their forerunner and the still going strong Kaipa. Hence, I love Swedish symphonic prog and that is hard to admit for a Norwegian like myself.

No, no..... I love Sweden so I was just joking there. I envy their symphonic prog scene. Bands like The Flower Kings. But we got Gazpacho....

The lineup here is the usual guitars, keyboards, bass, drums and vocals. There is a lot of woodwinds here too and that marks a bit of a deviation from the usual The Flower Kings fare.

This despite of the setup being Roine Stolt, Jonas Reingold, Thomas Bodin, Jamie Salazar and Hasse Froberg. But......

The band has moved more towards mainstream rock here. There is also some more jazzy stuff too. The songs on this seventy-six minutes long album is not that long either. And this is just a 1 CD album. Yes, that is worrying as the band normally released 2 CDs albums.

That may mean that the band is much more restricted and focused on 1 CD. In this case... no.

The material here is a bit paltry and leaves a lot to be desired. There is no really great song and the music sounds a bit substandard. This is my least favorite album from them. It is indeed not even a good album. A bit of a let down. A big one too. I just feel that the band sounds tired on this album. Tired and bereft of any good ideas. Hence the rating of this album.