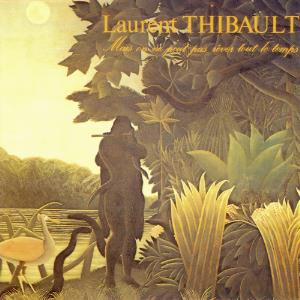 The one and only solo album from one of the founding members of Magma, the masters of zeuhl.

Laurent has got a lot of help on this album and the amount of instruments and vocals is staggering. Amanda Parsons does the female soprano vocals here, just to mention the most famous guest on this album. Laurent himself does bass, guitars, vocals and sound effects.

This album is not as bombastic zeuhl as most other French zeuhl albums. The zeuhl is here, but in a much more subtle, softly spoken version than Magma did. That does not mean it is particular jazzy either. Well, the jazz too is subtle and softly spoken. The music is perhaps much more folky and ambient than I expected. There is also a lot funky zeuhl here. The overall impression is that the music is pretty orchestral throughout.

The end result is a very interesting take on the zeuhl genre and one that really breaks new ground. This half an hour long album makes me wanting more of the same. It is a very good album and one to check out.