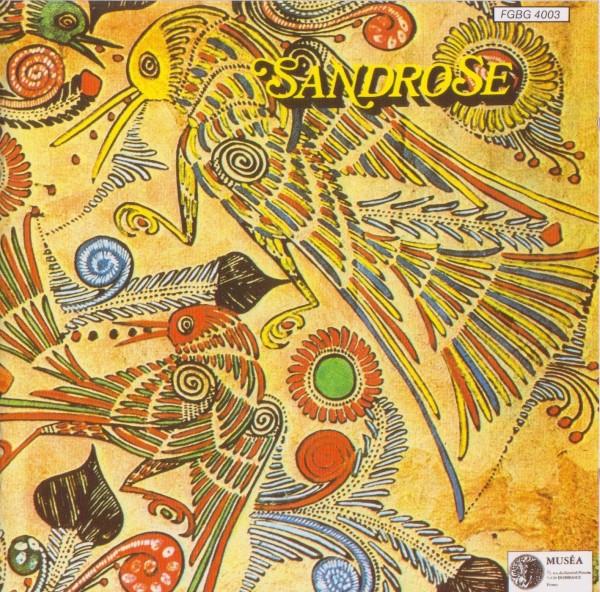 Another one off band & album. This time from a French band.

Sandrose was a five piece band with mellotron, guitars, organs, bass, drums, percussion and female vocals. And yes, this is a symph prog album....... sort of.

The album starts off with Rose Podwojny's pretty good vocals and this is pure folk prog from the apple orchards in England. I actually thought this was an English band too. Well, I was wrong. The symph prog comes more to the fore in the subsequent songs on this forty minutes long album. The folk rock feel is never far from the music though and the band really changes between those two styles throughout.

The mellotron parts is the best thing here. The long instrumental parts where the mellotron is the leading instrument. The rest of the album is reasonable good and this makes it a good album. It is nowhere near being one of the best French symph prog albums though. Nevertheless, I quite like it.