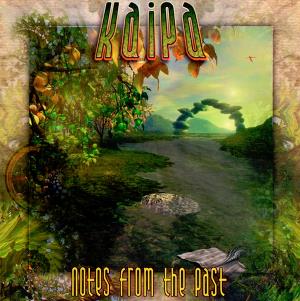 The comeback album and the sixth album from this Swedish band.

The band had gone out with a whimper back in 1982 with some very poor albums. Hans Lundin returned again 20 years later and got Roine Stolt with him as the only other member in Kaipa. They were complimented by the likes of Jonas Reingold and Patrick Lindstrom (Ritual).

With Roine Stolt back, the comparisons with The Flower Kings is pretty obvious even without listening to this album. And yes, the music has a lot of The Flower Kings influences. Perhaps too many. This album though is the first tentative steps from Kaipa again after being regarded as a lost cause many years previously.

This album is a through and through Swedish symphonic prog album. That comes with a lot of Swedish folk rock influences too. That is the Swedish sound.

The music is very lush. That goes for the vocal arrangements and for the instrumentations. Guitars, keyboards, bass and drums. Lots of very nice details and melodies. The album is eighty minutes long and the band has a lot to say after this 20 years long break.

The result is a very good album which is an essential purchase for die hard Swedish symphonic prog fans. I am not quite one, but I like what I hear here.