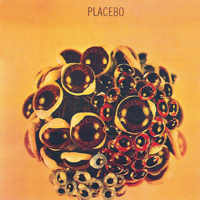 The debut album from this band from Belgium. The band released four albums between 1971 - 75. The band was lead by Marc Moulin who were known from other bands too.

Placebo was also the first fusion-jazz band from Belgium with an album out. This album. Which makes this album a bit historic. Their brand of jazz is not too far away from Soft Machine on this album. There is a lot more brass in Placebo's take on jazz than in Soft Machine. Placebo is also a lot more laid back on this album too.

Brass has been mentioned. We also get keyboards, percussions, drums and bass here. There are also a guitarist here which is hardly contributing anything.

I have to admit I am finding this album a bit too rich on brass and not much rich on good melodies. The band is onto something here. They are not really in full bloom here and that is why I only would rate this half an hour long album somewhere between decent and good.