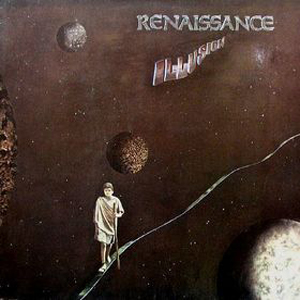 Their second album and the final album from this version of Renaissance which later formed the band Illusion who released four albums. Two albums in the 1970s and two albums at the turn of the millenium.

Renaissance was Yardbirds minus the guitarist + Jane Relf and John Hawken. Broadly speaking, that is. I am not a historian on this band. For me, and I repeat myself from the review of their debut album... Renaissance is the Annie Haslam version, the Renaissance mk # 2 setup.
The reason I mentioned Yardbirds here is that they went more back to edgy blues on this album after a pretty bland flower power debut album. The classical music influences which in particular became the trademark of Mk # 2 of Renaissance is still here. There is plenty of flower power here. What is missing is any good songs and melody lines. There are some decent melody lines scattered throughout. I do get the feeling that the band had run empty. The following Illusion albums with the same line up is better than this album. This album is decent and nothing more.