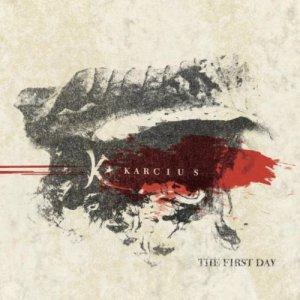 Karcius is a band from Montreal, Canada If I am not much wrong, this is their fourth album. Their first album was released back in 2004 and they have been releasing albums on a regular basis since then.

I have been reading reviews of their previous albums where they have been described as an instrumental fusion band. Something very radical must have happened since the release of their previous album Episodes in 2008. Gone is fusion and it has been replaced with a middle of the road art rock sound and melodies. Yes, I have checked. This Karcius is the same as the Karcius who released the three fusion albums. See their homepage. Karcius has even got a vocalist. A Sting sounding vocalist. His vocals colours a lot of the music too as this album sometimes sounds like a Sting album. The music is both a bit heavy, symphonic and jazzy. The fusion has not been totally abandoned. But they have moved into a safe, commercial art rock territory which may win them new fans, possibly replacing their old fans who may feel abandoned by this album.

The overall quality is good throughout. I am not particular enthused by this album though. It sorely lacks both an identity and some great songs. I have though heard far worse art rock albums than this. The songs here may be better on stage than in an office environment (where I am now). Check out this album if art rock with Sting vocals is your cup of tea.