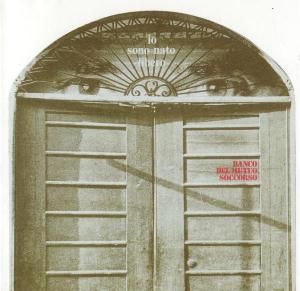 The third album from this Italian band. Banco Del Mutuo Soccorso was/is one of the pillars of the Italian progressive rock. A status built on partly this album.

This fifty-five minutes long album contains a mix of classical music inspired rock, folk rock, pop and baroque music. The vocals is operatic. The sound is dominated by this classical moog and mellotron sound. It is helped along by piano, guitars, bass and drums too. The music is both symphonic and pastoral. It is also riveting dynamic in places too. There is a lot of variations on this album in musical themes.

My only gripe is the lack of a killer track. But this is still a great album and one of those albums which defines this genre.