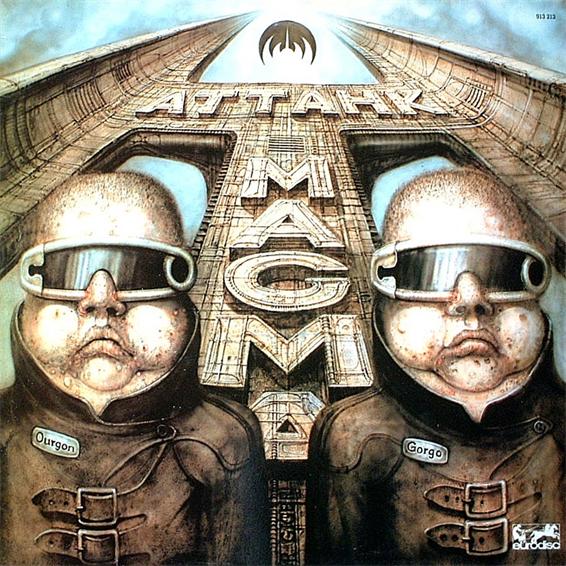 Magma's seventh album and the routine has set in.

Magma delivered some really great stuff on the previous albums and set a formula. A formula this album is following. With one notably addition, that is. Gospel is not what I expected to find on a zeuhl album. Maybe the difference between gospel and zeuhl is not that great, after all. Gospel has been incorporated on this album. Besides of that, you know what you get. The full Magma zeuhl treatment.

My gripe is the lack of cutting edge and teeth on this album. Listening to some previous albums made me both fulfilled and tired. They had both teeth and blood. The bass has been tuned down on this album and it also has some good melodies, replacing this all out attack an Magma album is. Besides of the follow up album, Merci, this album is the Magma album with least attack, so to speak. Ironic to name a pretty docile album for Attahk. But that is Christian Vander for you.

The material here is very good. It still leave me lusting for more teeth, more blood and more zeuhl. Attahk is a nice cat and nothing more.