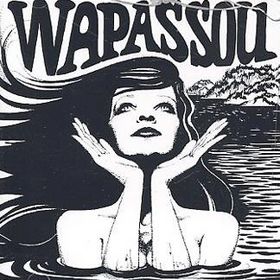 The debut album from this rather strange French band.

Wapassou released six albums before they were disbanded sometimes in the late 1980s. It was a band without bass and drums. On this album, the band is a trio with a lineup of guitars, violins, keyboards and female vocals. The vocals is most often than not atonal and by purpose off key.

This band has more often than not been labeled as a RIO/avant-garde band. A label I agree with. This album is very much off the beaten track with a heavy emphasis on avant-garde psychedelic and space rock. The vocals is disturbing and the other instruments also paint a disturbing bleak landscape where nothing really grows and lives.

This is not easy listening and this album is not easy to describe. I quite like this album although it has some pretty big faults. The lack of any really good tracks for example. The trippy space rock is good though. I rate it somewhere between decent and good.