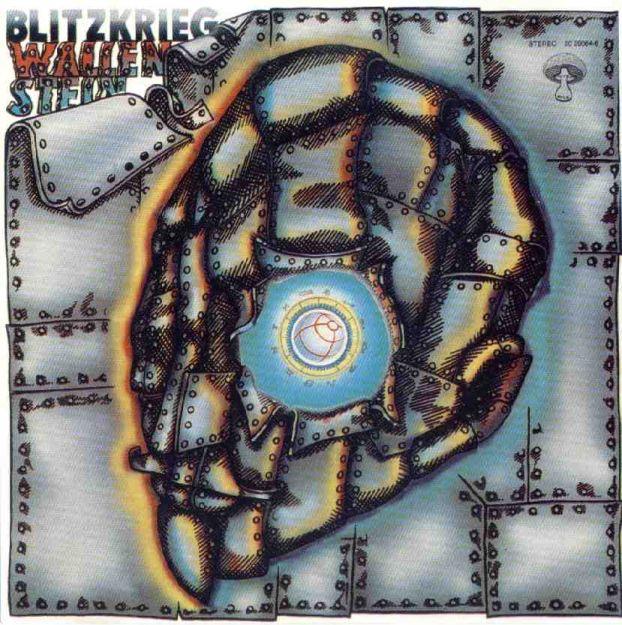 Wallenstein went on to releasing nine albums. It is only their first four albums who is regarded as being any good. I got all of them.

Wallenstein was a four piece band on this album with a lineup of Mellotron, keyboards, guitars, bass, drums and vocals. English vocals.

Wallenstein was covering a lot of ground on this and their other albums. On this album though, they are primarly in the symphonic prog genre. Symphonic prog with some influences from southern rock, fusion and krautrock.

This forty-two minutes long album has four songs. It opens the twelve minutes long Lunatic which is true to the title. A lot of wild guitar solos from Bill Barone over a symphonic prog melody structure. Structure provided by the Mellotron. I really like this a lot. After this wild song, the more pastoral and very beautiful The Theme takes over. Still with some guitar solos and Mellotron. But also with some ethereal vocals and a superb melody.

Unfortunate, the two final tracks Manhatten Project and Audiences is of the same standard. They are still very much symphonic prog tracks and still very good.

In short, this is a great album which has given me a lot. I love the guitars and the Mellotrons on this album and cannot wait until I sink my teeth and reviews the three other albums too.