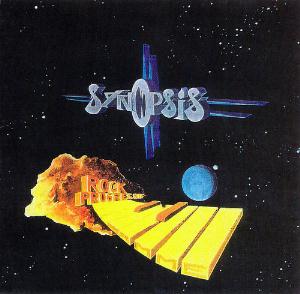 The band did not exactly set the world on fire with their 1979 debut album Minuit Ville. Their French symphonic prog was potent, but missed an important thing: Great songs.

So the band tried again two years later with Gamme. The band was a seven piece entity with viola, guitars, keyboards, bass, drums and French vocals.

Everything is right on this album. This is indeed a French symphonic prog album and this is indeed a genre I love. There is a lot of keyboards and viola here. The sound is very good. And the band is trying their best to get some great melodies out of this.

The problem is as on their debut album. The lack of any great songs. There are only some sporadic very good melody lines and ideas scattered around this album. But there are not enough of them to maintain my interest. It is a shame that I cannot put Synopsis among the many great French bands. Nevertheless; this is a good album and well worth checking out if symphonic prog is your thing.