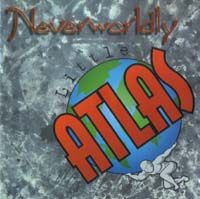 The debut album from this Miami, US band.

The band has so far released five albums and their progress has been steady from album to album. Little Atlas was a five man band on this album. The lineup was keyboards, mandolin, saxophone, guitars, bass and vocals.

The band grew to become a good neo-prog band. This though was not that evident on this album. College rock is what I would label this album as. Or perhaps straight US rock with some folk rock influences. Or rather; some Americana influences. Add a lot of AOR too.

There is one very good song here in the form of the five minutes long Hiding In The Shadows. The rest of the album is pretty lively and youthful rock and college rock. This is not prog rock at all. OK, maybe with some Rush influences. But that is all. Nevertheless, check it out.