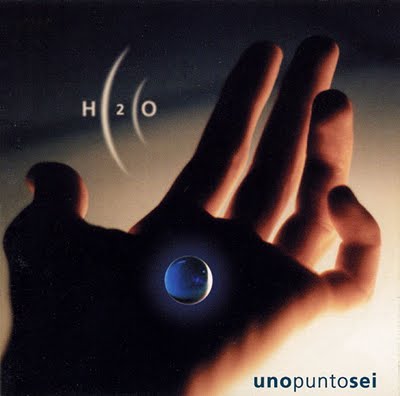 The debut album from this Italian band who released two albums before they split up.

I keep discovering new Italian progressive bands and I love that. This blog has it's mission and that is more than worth the minimal pain it gives me.

This band was around in the 1970s without getting any deal. They got a deal in the 1990s and their two albums was released.

The core members of H2O was three members with a lineup of bass, guitars, keyboards and vocals. They got help of a drummer and a female vocalist on this album. All five of them are doing a great job here. Both the male and the female vocals are very good.

This album is forty-eight minutes long and is split into two long suites and two other long songs. Four longs songs in all.

The music is not the most exciting music around. The music is very much a pastoral symphonic prog album with Italian vocals. It does not speak in large letters, the music here. Both the keyboards and the guitars has a very good contemporary sound.

The music is throughout full of interesting ideas and very good music. This is indeed a good album in the good old great Italian tradition. Some killer melody lines or rather a great tracks or two is very much missing here. I am split between good and very good here. I give it a good rating though and hope their second album is an improvement. OK, it is a very good album then.