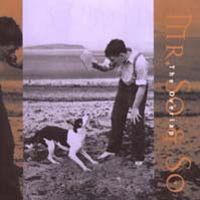 The band has been one of the hardest gigging and most active bands in the British neo-prog scene for the last twenty years. But this is my first ever chance to listen to their music. I got three albums by them.

Mr So & So is a five piece band with keyboards, guitars, bass, drums and vocals. The twist in the lineup is that the band also employ a full time backing singer, a female backing singer. I cannot remember anyone else, bar Mostly Autumn with this lineup. Steve Rothery also guests on the title track.

The music is melodic and songs orientated neo-prog. It is bordering to mainstream rock throughout this album.

I find the music here a bit on the dull and downright boring side of the spectrum. There is not really anything bad here. Neither is there anything I find interesting either. This is a decent enough album.