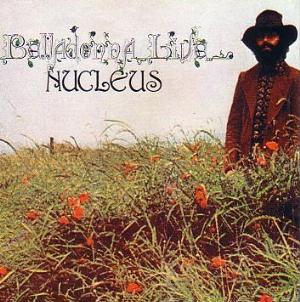 The fourth album from this English band and a new start in their career.

It is my understanding the band had broken up when this album was released. But somehow, Nucleus still released new albums. The band from the three first albums had gone though. Karl Jenkins and John Marshall had joined Soft Machine..... which is a recurring theme in the history of Nucleus. Two of the new members on Belladonna, Roy Babbington and Allan Holdsworth also joined Soft Machine on a later stage.

Ian Carr is the Nucleus band leader and the only one left of Nucleus after the upheavals after the first three albums. And his trumpet is a great asset here. He has been called Europe's answer to Miles Davis for some very good reasons. Most of these reasons can be found on this forty minutes long album. Allan Holdsworth also get the chance to shine here. Which he does on some solos and more rhythm guitars work.

This album also sees Nucleus, the new band called Nucleus, take a much more jazz direction. Most of the rock in the fusion is gone. The jazz is not particular intense and it is mid-tempo.

The end result is a good jazz album which may be a bridge too far for the rock orientated fusion fans. Something I was one-two years ago. But I like what I hear here and I guess this album is a bridge I have crossed on my way to becoming a jazzhead. Nevertheless, this is a good album.