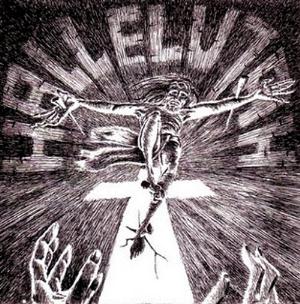 The one & only sign of life from this English band.

Hallelujah was a four piece band with the usual Hammond organ, bass, guitars, drums and vocals. The band was based in Germany and it was believed that this was a German band. The band itself corrected that mistake. They were one of many British bands trying their luck in Germany. The Beatles was the most famous one of them. Hallelujah stayed put, though.

This thirty-nine minutes long album has a German sound indeed. Heavy psych with some krautrock influences. The music is pretty heavy throughout. There are also some pretty British folk rock here.

It is perhaps not so strange that the band also use Handel's mighty Hallelujah piece here. Besides of that, the music are decent throughout. The vocals are good and so is the sound.

This album is obscure for a good reason. Namely the lack of any good songs. Besides of that, this is a decent album well worth checking out if you can find it on Youtube.