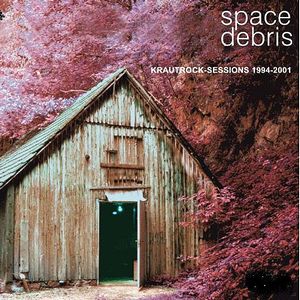 Although it is a bit wrong to list it as a debut studio album. This is very much a collection of older studio recordings with a live recording thrown into this seventy-seven minutes long album.

Space Debris is a still active four piece band with guitars, drums, Hammond organs, vocals and bass. Their music is pretty hard and not that spaced out. The music is still spacy enough and this is very much a psychedelic space krautrock album.

The sound is good and so is the material on the studio recordings. The live stuff is a bit of a miss though. It is evident from this collection of recordings that this is a great band. So check out this album.