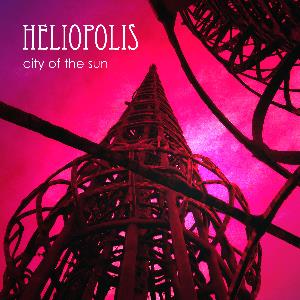 Heliopolis may be a new band. But the members has got long experience from other bands like Mars Hollow and some cover bands. The band already got a big fanbase and have played some festivals to great acclaim from the critics. This band is/was a band for the future.

The band is a five piece with keyboards, guitars, bass, drums and vocals. A normal setup for the kind of symph and neo prog bands. In this case; some sort of symphonic prog. Or maybe not.

This is very much a US band and you can clearly hear the 1990s US prog rock scene here. And the post-millenium US scene too. Added to that, there is a lot of 1970s symph prog here too. An interesting mix.

Half of this forty-two minutes long album is instrumental and the other half has vocals. The proper songs are the best material here by far. There are some really great melodies here. The instrumental bits are decent to good.

In short; this is a good album from a band I hope is still going strong. I hope to hear a lot more from them in the future. Either as a band or single entities.