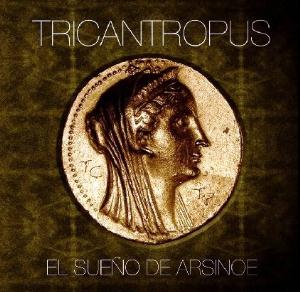 The band Tricantropus was created by some experienced Spanish musicians as an vehicle to release progressive rock. Or to be more precise; prog rock as a mix of fusion and symphonic prog. And it is in this landscape you find this album.

The music reminds me a lot about the Dutch and German 1970s bands like Trace and others whose albums were filled with soulless symph fusion. This album is a return to those days. The music is well performed by synths, guitars, bass, drums and some vocals. The music is big and is suffering from a delusions of grandeur.
Most of the stuff on this album is approaching shopping mall music. Soulless music who works as background noise without offering anything else.

There are a lot of decent stuff on this album. It is indeed a decent album. I cannot say I really like this album though. Hence my two points which refers to the technical abilities and the well meaning intentions by the band. I am though looking for something more than background noises. Something called hearts, minds and souls.