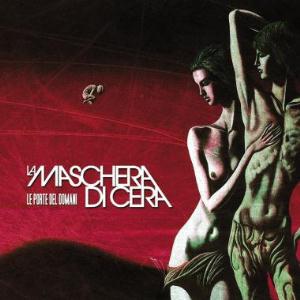 The fifth album from these masters of Italian symphonic prog.

La Maschera Di Cera is another Fabio Zuffanti band and it has become one of the best bands in this genre. Their previous four albums is all great and it seems like Fabio is saving up his best efforts for this band. Either that or Fabio Zuffanti is a demigod. I let the wise men decide.

Le Porte del Domani is a journey through the 1970s, now the noughties and whatever we call this decade's Italian musical landscape where large elements of folk, symph, classical music and Italian pop is fused into one musical genre & expression: Italian prog rock. Massive amounts of moog, mellotrons and flutes is added to the stable diet of keyboards, guitars, bass and drums. That and Alessandro Corvaglia's excellent vocals.

The result is an almost overwhelming onslaught of music where the quality is great throughout. My only small gripe is the lack of a signature song/track which would had elevated this album to a masterpiece status. But there is no weakness in this album at all and I have thoroughly enjoyed this, and their previous album, during the last weeks.


Btw they have also released an English version of this album. The less said, the better.