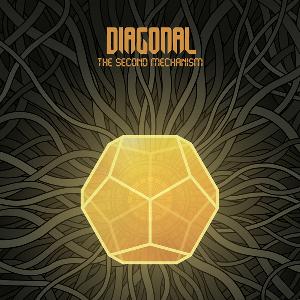 The second album from this English band and the follow up to their self titled debut album from 2008 who topped a lot of best-album-of-the-year charts that year. I am not sure if I got that album. If not, I will get it on the basis of this album alone although the 2012 lineup is different from the 2008 lineup.

I expected neo prog to be honest. So I was surprised and very pleased when a very different type of music filled the air. The Second Mechanism is forty-three minutes with a mix of King Crimson like eclectic prog, some Camel, a lot of National Health and Gilgamesh and some Return To Forever. The music is woodwinds based with guitars, keyboards, bass and drums playing the more supporting role on this instrumental album. There is enough bite in the music to make it both relevant and interesting.

My only gripe with this album is the lack of more bite in the form of some great melodies and tunes. One killer track here and this album would had got something it does not have: A strong identity. It still have enough going for it to make it interesting. I regard this album as being a very good album which I will be happy to play on a regular basis in the years and decades to come.