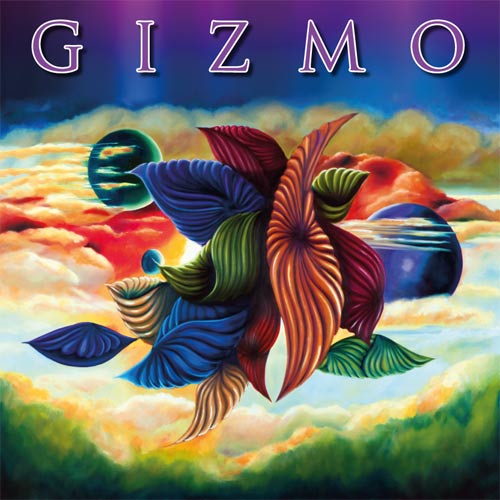 A totally new discovery to me, this Canterbury (England) based band. This album is their fifth album since 1979 and the first album in 20 years. A comeback in other words.
This and their other albums is mostly sold through the local record shops in and around Canterbury (yes, there are still five left of them...) and from their website. See link below.
Gizmo has mainly been doing their business well below the radars of the main prog rock magazines and websites. Which is a great shame because this band and their music has really something to offer the wider scene.

Their music is a mix of Zappa, David Bowie, Caravan and Marillion. I would label the music as a mix of neo and folk prog. This forty five minutes long album offers up a wide variety of playful and more pastoral songs. The vocals are great and fitting the music. The odd song out here is their excellent version of Van Der Graaf Generator's A House With No Door with the late Hugh Hopper on the bass. Yes, the song was recorded some years ago. This somber song is not typical for this album though.

The music is not the most intricate music you can find. But the band knows what they are doing and their sound is great. A very warm folksy sound. A sound where a wide variety of acoustic instruments has added some great textures.

The end result is an arch-typical English album which sounds as good from the stereo as when the music is performed in a pub. The songs are well crafted and they works. There is no great songs here though. But this album radiates warmth and joy. I really like it and hope more people around the world picks up on this band. They and this album deserves it.