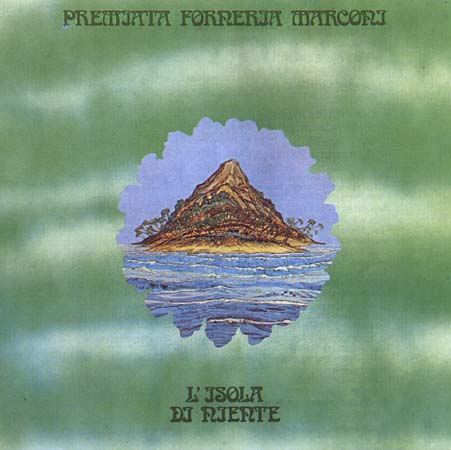 The third Italian language album and the fourth overall when the English language compilation album Photos Of Ghosts are included.

These Italian masters were progressing nicely through the 1970s with their innovative music. L'isola Di Niente is not an easy album to grasp. A mix of Italian pop, some King Crimson, some avant-garde Canterbury, some jazz, some US rock and some Genesis. The band is very much creating their own world and music on this album. A music which is both complex and melodic at the same time. L'isola Di Niente is also an album full of contrasts. An album full of colours too. An album which does not really comes out as an immediate hit. It requires some hard listening as it is pretty sound collage'ish at times.

I have started to really appreciate this great album after some listening sessions where I was not sure what this music really was. Cheap vulgarity in it's sound collage setup or a great piece of art. I have now fallen into the latter camp. The ones who think this is a great album and most definate one every fans of Italian prog need to purchase. There is no killer tracks here like Appena un Po from the previous album Per Un Amico. But the music is still great. Enough said.