Anubis Spire - Between The Two Eternities (2016) 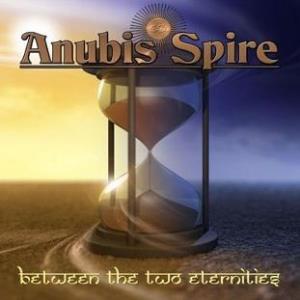 The various instruments listing does not mean much here. This album is totally guitars driven with some keyboards chiming in now and then. Some voices adds voices too. But not much. This is an instrumental album.

Music wise, this album reminds me alot of Pink Floyd anno the Gilmour era. The Momentary Lapse Of Reason album. That without the vocals. Add some Camel too and the instrumental symphonic prog genre. This album can be labelled as instrumental epic symphonic prog.

There is also some Arabic and Middle-East influences on this album. The music is also very cinematic and a bit ambient. But there are also plenty of prog metal here too.

There is enough bite in this music to make the ambience new age audience run away in panic. The guitar solos are soaring, epic and very noisy. But they are also soothing. New age for heavy metal fans ? There is a lot of heavy metal solos here.

This album is over one hour long. I am a big fan of guitar solos. But this album is too much based on guitar solos. Moderation is not the word I would use here. There is no truly great songs here either. There are some good stuff here though. But not enough for my liking. Hence my verdict.