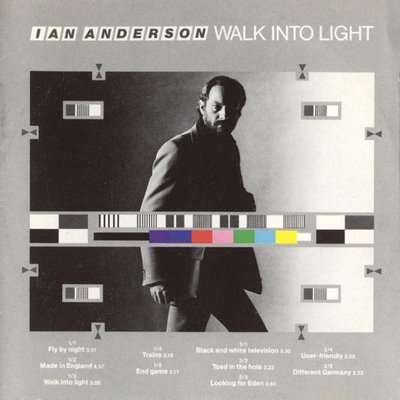 The debut album from the Jethro Tull frontman.

Ian Anderson is a man I highly respect and admire. He is one of the elder statesmen in the scene and I soak up everything he says. I am probably a fan of his...... Yes, I am. But I take pride in that.

Most of the Jethro Tull albums is really great. But they suffered a slump, a self inflicted one, in the early 1980s with a couple of albums where they wanted to sound current and relevant.

This too is a product of that misguided belief. Ian Anderson does the vocals and guitars here. Peter-John Vetesse does everything else. Mostly with computers and synths.

There is a lot of artifical sound on this album. Synths, computers, electronic drums and a lot of the type of silly sound which sounded OK in the 1980s and just horrible today. Oh yeah, there is plenty of that sort of thing on this album.

On the top of this, we get Ian Anderson's very good vocals. And some of the songs are not that bad either. Songs that I suspect would had been a lot better with a more acoustic and organic sound.

The sound kills this album flat for me. The songs are decent too good though. The result is a decent album and I hope for better things to come as I am now reviewing all his solo-albums.