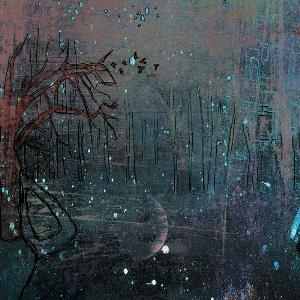 Amphetamin is a trio with a lineup of guitars, bass, drums, keyboards and English vocals.

The band released this album after a couple of EPs. The band was originally members of the far more successful French band Sebastian. Amphetamin was or is a side-project of that said band.

Post rock is not something I review anymore although I have reviewed albums in this genre a lot for ProgArchives and in the first two years of this blog. This album reminds me that I should do a lot more post rock in the future.

Yes, this is as post rock album. But you can also include a lot of influences from Radiohead and Gazpacho on this album too. Even from Marillion.

There is a lot of shoegazing here. There is also some experimental metal here too. Post metal, it is called.

The vocals is very good and the guitars both lays down walls of sound and some more half-acoustic gentle finger picking pieces. The keyboards adds a lot of textures too.

Yes, there is a lot of ebbs and flows in this music. There is also a lot of majestic soaring melodies here too. Not to mention some intereting details too.  The mood is broodening dark too and that completes this picture.

There is enough goodies here to make this a good album. A forty-five minutes long album which does not outstay it's welcome. I very much like what I hear. Check it out.