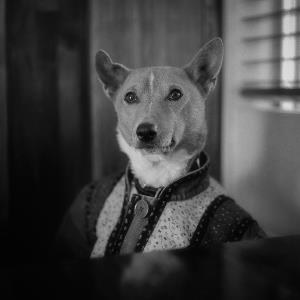 The band is a quartet with a lineup of guitars, keyboards, drums, bass and English vocals.

I very much liked their 2013 debut album Good Morning Dystopia. I reviewed it back in May 2014. Good neo-prog.

The band has moved on a bit since then. Not much, but still notable moved on. Gone is most of the neo-prog. The replacement is art rock with some cool west-coast influences. Cool as in cold. Not cool as in fashionable.

There is also some very notable Americana in their music. The music still retains a German feel to it's core and sound. The vocals is not heavy accented. But you can still hear that his first language is German.

The music is made by a mix of guitars and keyboards. And the music is rolling on nicely throughout these forty-four minutes this album last.

Cool as in a cool breeze is what my enduring memories of this album will be. The quality is not what I will remember it for. The music is at times pretty dull and without many memorable moments. There are some quality here. But the album is too dull for my liking. Nevertheless; this is a decent enough album. But it is not my cup of tea.