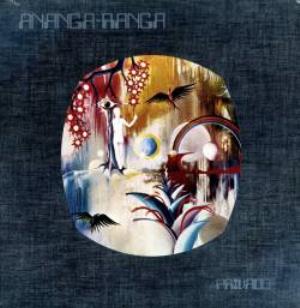 The second and final album from this Portoguese band.

The band was a five piece band with a lineup of drums, guitars, bass, piano, percussions and English vocals.

I quite liked their 1979 debut album Regresso As Origens. Good jazz/fusion. So I was looking forward to this album.

To my horror, I get some vocals driven rock thrown into my face. On closer inspection and a closer proximity to the speakers, the music is a bit of rock with a lot of progressive rock influences. All the seventeen minutes of it. The male vocals is a bit too cheesy for my liking. But the music is pretty decent. Cheesy, but still decent.

But I wanted jazz/fusion. Not rock. And not vocals. And not heavy guitars.

This album is forty-five minutes long and the remainder of the album is taken up by fusion. Which is a sharp contrast to the first seventeen minutes. Two different bands ? I doubt it. This is still Ananga Ranga. Both of them.

The fusion is pretty cheesy too, although not as cheesy as the rock stuff on this album. There is some woodwinds here. It is cool and it is everything the first part of this album is not.

And just to spoil the party, some sort of a party, we get some more vocals again. Funky vocals with the whole slick and sleezy feel.

The end result is an album which kicks in all direction. It is a decent album though. But it is not a coherent album so it is a weak decent rating, bordering to being a turkey rating. The pretty good fusion bits saves it's bacon.