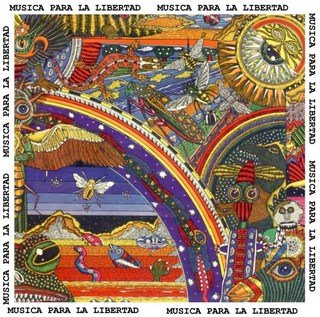 The fourth and final album from this Spanish band.

The band was a quartet on this album with a lineup of guitars, saxophone, bass, drums, keyboards and Spanish vocals.

I have had the joy of listening to their four albums and I have got a lot of respect for this band. A sadly overlooked band in the history of European prog rock. Although I have not been giving their albums a lot of points, this band has got my attention. It is a charming band with some charming albums. I am glad I got the chance to getting to know them !

This is their final album. I have not heard about any attempts to reform this band. Which is a bit of a shame.

This album is thirty-six minutes long divided into eight tracks. The sound is rather good. Good enough to let the music shine.

This album starts out with two pretty much commercial hard rocking tracks before progressive rock and folk rock starts to make it's presence felt. There are even some fusion here.

There are also some Camel like instrumental symphonic prog here. But with a large Spanish twist. Music which is rather good.

The end result is a decent to good album which I find charming. But not charming enough for my rather cold blooded analytical mind. But check out this album and this band. Give them the respect they deserve.