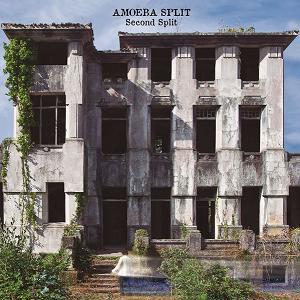 Their 2010 debut album Dance Of The Goodbyes created a close-to sensation in the scene. I also very much liked it in my own review of this album.

Six years is a long time and the band has returned again as a six piece band. The lineup is Mellotron, Moog, keyboards, bass, drums, guitars and lots of woodwinds. Half of the band plays woodwinds.

Dance Of The Goodbyes was a slightly jazzy Canterbury album. A very good one too. It was also like a breathe of fresh air into that scene and it inspired other bands to give that genre a go too.

Second Split is a lot more jazz focused, though. The rock instruments plays an important part here, yes. But the woodwinds gets the main share of the limelight and the sound.

The emphasis is on traditional jazz here. Bebop, to be more precise. That is my main impression of this album.

But when listening a bit more carefully, there are also some pretty quirky details and pieces of music here. But I am afraid these are a bit drowned out by the pretty traditional bebop.

The end result is a bit of a let down of an album. This band is hugely talented and this is indeed a good album. Perhaps I had wildly unrealistic hopes here. Hopes not fulfilled.

When that is said, this is a good album and one to enjoy.