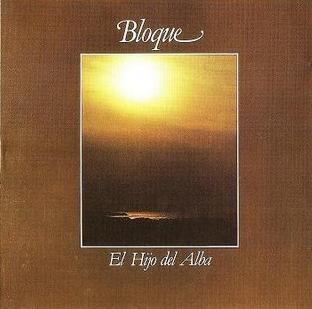 Bloque was a four piece band with a lineup of drums, bass, keyboards, guitars, percussion and Spanish vocals.

Bloque's first two albums was very interesting. A good combo of Italian and Spanish prog rock with a lot of heavy rock too.

The band very much continued in the same vein here. A bit less heavy and a bit more melodic. A lot more psych rock has also sneaked into their sound and music.

The band still sounds like an RPI band. But there is also a lot more Spanish folk and psych rock here too. That very much adds to the RPI stuff and makes this album a lot more interesting.

There is a lot of good stuff on this thirty-four minutes long album. Some of the stuff also are also leaning towards more commercial rock. But this is never a dull album.

The lack of a great track is my only gripe with this album. An album which would make any prog rock fan from Spain pretty proud. Check it out !