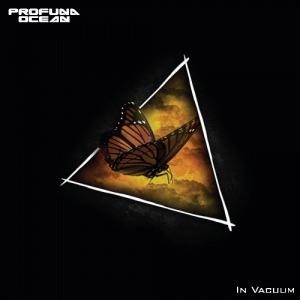 Profuna Ocean released their 2009 debut album Watching The Closing Sky to some critical acclaim. I have to admit this band has totally passed me by until this year's album. The reason may be their long break.

The band is a quartet with a lineup of guitars, bass, drums, keyboards and vocals. English male vocals.

The music is a mixed bag of progressive metal, some crossover and symphonic prog and a lot of neo-prog. Their music has clean and crisp sound.

There is a lot of Dutch bands, let alone, European bands in this crossover genre between neo-prog and progressive metal. Almost too many bands. But I quite like this type of music so I am not complaining. There is a considerable scene and most bands gets something out of it. Most bands work fulltime too as bank managers etc etc etc so this is just a hobby to them. Good for them and I am not going to belittle them. On the contrary, I kind of admire them.

This one hour long album is leaning more towards classic neo-prog than progressive metal. There are some hints to Marillion here. But most of all; this band and album sounds like if it is made in Holland.... and indeed, it is.

There are some more pastoral songs here and a lot more heavy stuff. The overall quality is good with some few pretty decent stuff too. That is balanced by some very good stuff too.

This is not an exciting album and it is not going to set the prog rock world on fire. Nevertheless, this is a good album.