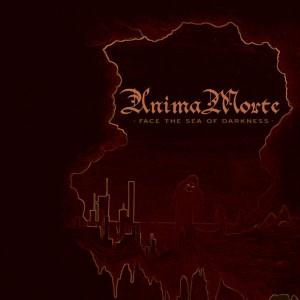 Anima Morte is a four piece band with a lineup of guitars, bass, drums and keyboards.

And no, they are not a death metal band. Neither are they a black, doom or speed metal band. But their logo still points in the direction of the dark world........ Dario Argentino's movies and Goblin's music.

There is a lot of new bands who is very inspired, fanboys in fact of Goblin's musical universe. Anima Morte can be added to this group of bands. It is a nice trend and one I welcome.

It is not the most exciting music though, instrumental as it is. We are talking cinematic music here. Cinematic music to movies never made. Darkness and gore. The full package..... which reminds me that I need to watch those to Dario Argentino movies I recently bought on DVD.

The music on this forty minutes long album is a mix of Swedish symphonic prog and Goblin though as I can hear some flutes sounds from the keyboards. The band is Swedish and they are not even trying to hide that on this album.

I find most of this album pretty enjoyable. There is no real focal point, no real piece of music which makes this album kick on. My rating is therefore somewhere between decent and good. I will give this band another chance though.....